Economic analysis of healthcare interventions can provide a useful perspective […] 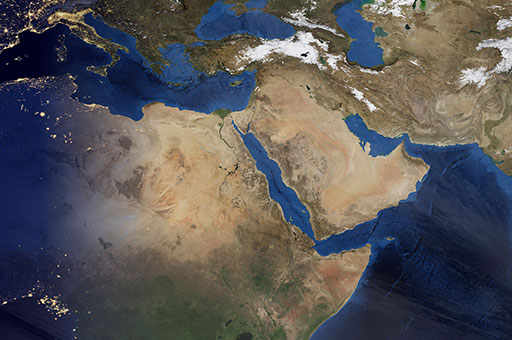 Economic analysis of healthcare interventions can provide a useful perspective to decision makers regarding the resources allocation.  It is only one perspective.  It demonstrates the value of an intervention when compared to others that would produce the same or at least similar outcomes.  However, it is not the only perspective. Political, budgetary, humanistic and/or resources allocation perspectives, may provide additional vectors that will influence healthcare decisions.

Economic analysis uses neoclassical economic models to envision comparisons among health interventions, whether they are pharmaceutical, surgical or medical.  Although, the construction of the models is fairly straight-forward, populating them with relevant data has proved to be challenging. Especially, when it comes to recent interventions for which market data is not yet available.  Nevertheless, decisions need to be made, and as such, one needs to consider practical issues.  In evaluating choices in resource allocation, the opportunity costs do provide valuable insights in making health policies as well as their implementations.  Economic models can provide those insights.

Before embarking on a prospective time-and-motion study, it is prudent to review the resource utilization in every cost center. Thus, concentrating efforts primarily in areas that are cost drivers.  A retrospective analysis can provide this information. The same holds true for comparing treatment pathways.  The most frequently used method for analyzing retrospective data is regression.  Since retrospective datasets were originally collected for purposes other than those required for construction of an economic model, the results may be skewed.  To correct for this possibility, multiple regression analysis aims to adjust for confounding factors and thus provide objective results.

There are many ways to do regression but only one of them is BLUE. What is a BLUE regression? BLUE stands for the best linear unbiased estimate. In other words, it is the functional form that yields accurate results. In our “point-&-click” world, anyone can construct a regression. However, you need to ask: ‘How valid are the results?’

Moving on, two important questions to ask, are:

My last point in this brief post on regression – for a complete description look for my upcoming book- has to do with the functional form specification. The functional form is correctly specified IFF the inclusion of each of the independent variables has a conceptual rationale for being included in the model. For instance: A model was developed having as one of the independent variables the square of the age of the participant. Not the actual age, but the square of the age. Although, it explained 4% of the variability in the model, to this day, I cannot imagine what relevance the square of the age may have to do with the outcome. Hence, be on the lookout for independent variables that do not make sense. Some ignorant (let’s call them ignorant because it is kinder than unscrupulous) modelers will include every available variable in order to increase the coefficient of determination. The question you need to ask is: ‘Is it logical to assume that this variable have an actual impact on outcome or is it just a spurious association?’.

Consider the Fallacy of Survey Data

Surveys are as good as the people who validate them. There is an entire science dedicated to developing and validating such instruments. Unfortunately, often they are cobbled together by people who have no idea as to how to go about it. Worse, conclusions are drawn from, and decisions are based on the data from such questionnaires.

Now, think about the implications of acting on the belief that the moon is made of yellow cheese. Publishing these data would cause ripples in the cheese markets. To aggravate the situation, private space exploration companies announce their intention to mine the moon for cheese and deliver it to markets on Earth at very low prices, given the abundance of this product. Cheese makers will ask for protection, demanding that:

Granted, it is a bit of a stretch but it illustrates a point. The point being that there is important relevance attached, not only to how a question is asked, but also in how such questions are formulated. How questions are asked, the order in which they are placed as well as the responder burden. The last one pertains to how much time one can expect a person to read and answer a questionnaire, before he lose interest, and starts checking boxes at random, just to be done with the task.

Designing questionnaires is both an art and a science. It requires the imagination of creating something new as well as the scientific rigor to produce valid data. In this process, the first and most important factor is to determine what concept is being measured, then decide how to measure it. Since, measuring the wrong concept, with maximum accuracy, is just as useless, as measuring the right concept, without any.

Notoriously noisy, PRO data presents unique analysis challenges. As with any other type of data, the objective of PRO data analysis is to find a pattern that models the data. This pattern may not be obvious, but once found, a definite structure can be modeled that would explain the phenomenon being studied.   In Chaos Theory, mathematical studies of dynamic systems demonstrates that the solutions of simple non-linear equations can predict complex behavior over time. These studies, posit the concept of a strange attractor which has the property of modeling the decay of the system to a steady state. However, this steady state is rather complex and not. Nevertheless, upon convergence, it will emerge as the solution of a probabilistic set of equations. When applied to PRO data, these equations can assist in separating a signal -should it exist – from the noise.

In a separate, but similar line of thinking, signal processing algorithms have been used by Philips to review data for obtaining its specific mathematical features. Which, in turn, those features may provide evidence of a measurable effect of a compound or treatment.

Consider the Blunt Axe Theorem:  “If the axe fell the tree, it was sharp enough”.  In our case, we need to ensure that the models are not needlessly complicated.  Transparency is the key in designing intuitive models that can be easily understood and implemented.  Simplicity is not always possible but we should strive for it nevertheless.

Back to top
Page load link